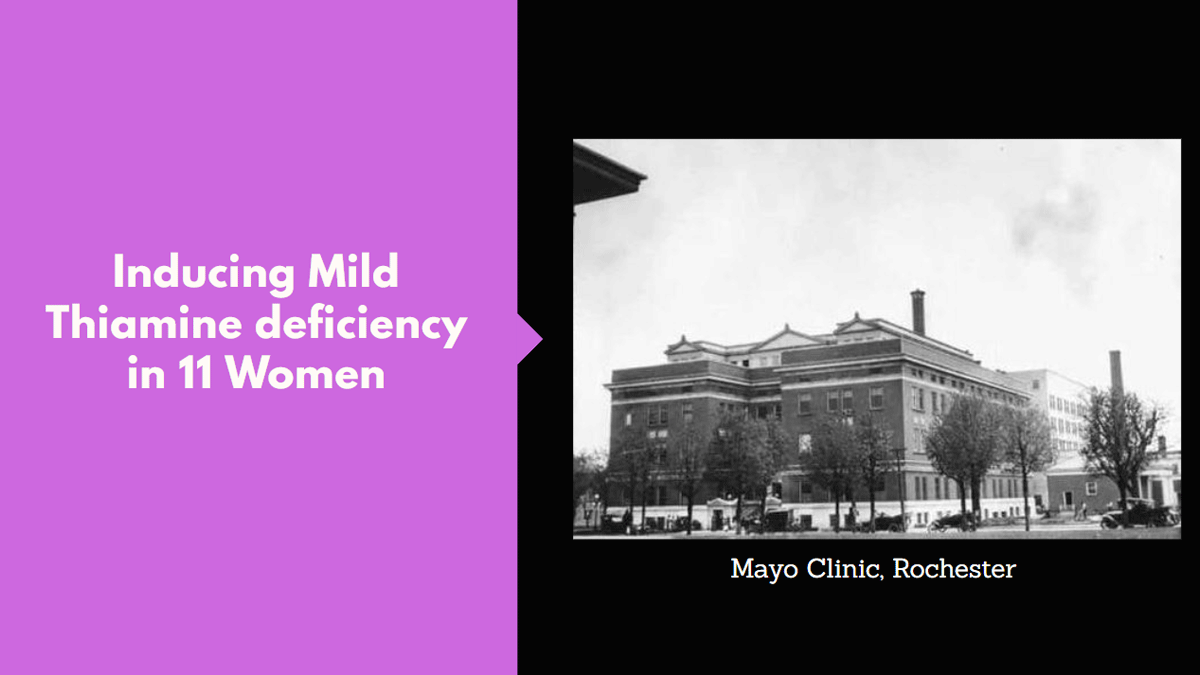 What happens when you place 11 Women on a thiamine restricted diet in a controlled clinical setting, this shows an interesting insight into the wide variety of symptoms when in a mild thiamine deficiency state.

Williams, Mason, Smith, and Wilder, at the Mayo Clinic in 1942 induced thiamine deficiency, placed 11 women on diets which provided 0.22 mg. of thiamine for each 1000 calories.1

This allowance was five and a half times greater than that given during their earlier studies and was selected to produce a milder type of deficiency compared to that which might be encountered more frequently in the general population.

Caloric intakes were adapted to the requirements of each subject and moderate activity was permitted.The periods of low thiamine allowance mere continued for 89 to 196 days.

When additions of thiamine were made to the diet, the above manifestations disappeared gradually and a sense of well-being returned. Apparent improvement, however, was not so rapid as it had been with the more severe degrees of thiamine deficiency studied.

This gives a really interesting overview on how many symptoms manifest even in a mild thiamine deficient state and also how easily it was induced, considering how alcohol and refined carbohydrate sources can accelerate the use of thiamine, its highly important to pay attention to symptoms that manifest.

Books That Discuss This Subject